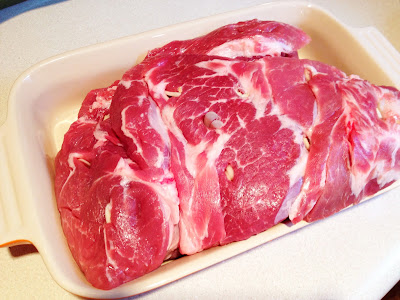 Pork Butt, also called Boston Butt, is actually a somewhat tough (but full of fat and connective tissue) cut of meat from the upper shoulder area.  It is the perfect braising cut!  In the past, I've used the picnic, or the lower shoulder, but that usually comes with bone and skin (which is a pain to remove.)  So having a ready to go, boneless cut of meat makes this a low maintenance dish which involves 3 steps: dry rub marinade, searing and braising. 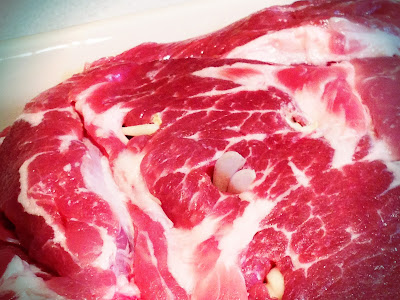 Start in the morning so the pork has time to tenderize and get flavored from your dry rub.  Rinse and pat the butt dry.  Thinly slice a couple of garlic cloves, make slits all over the pork and insert the garlic -- this will perfume the pork on the inside.  The butt pictured here is roughly 3.5lbs. 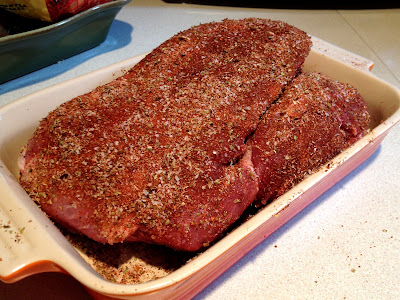 Prepare your favorite spice rub.  You really can't go wrong here.  A basic one is as follows:

Cover with plastic wrap and set in the fridge for at least 6 hours. 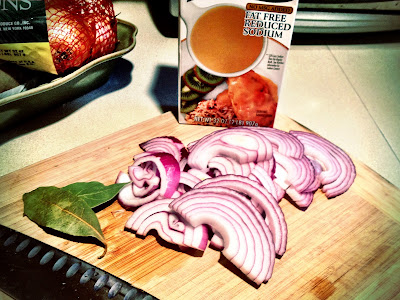 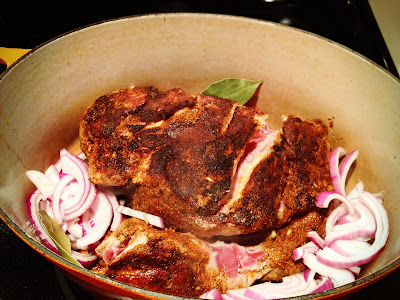 8. After 5 minutes, add your bay leaves and enough broth so that only the top third of the pork is   showing.  At this point I also added 2 tbsp apple cider vinegar.
9. Cover, and place in the oven for 1.5hrs.
10. After the first 1.5 hrs, flip and add more broth if necessary. Back in the oven for another 1.5 hrs. 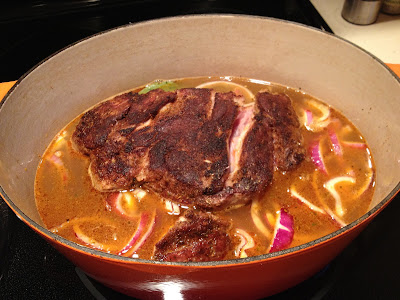 That's it!  The first night, we usually shred a bit of the pork and serve with some potatoes and a salad.  However, the best part about this is what you can do later on in the week.  Think green pork stew with green chilis, tomatillos and chickpeas.  Or how about pork lo mein? Pozole rojo?  I've made 'em all, and I'll be sure to post them soon! 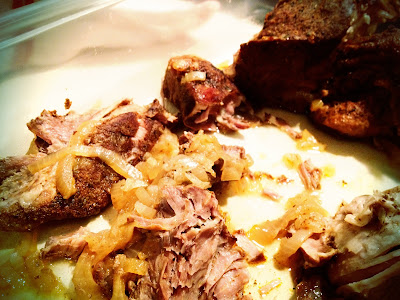 trying this out tomorrow did the rub so it can set over night. used your rub with some cloves Figure I might add a cinnamon stick when it cooks tomorrow.

what are your thoughts to adding carrots and celery with the onions?

re: adding carrots and celery with the onions

GO FOR IT! Carrots should add some extra sweetness....

I did this on the gas grill yesterday. Threw in potates and bok choy the last 45 minutes. Bok choy probably sounds odd, but it was what I had handy, and it actually worked perfectly. Thanks for the recipe!!

I think you made a mistake on your cooking time you said "cook for 1.5 hrs then flip add more broth your done." Shouldn't this cook a total of 3 hrs. ?